As the largest public transportation service provider in South Africa, GABS is currently running more than 1100 units of buses daily and has more than 160 years of bus operating experience. Since November 2020, GABS has conducted a series of strict tests on the two BYD electric buses. The test outcome was outstanding and received high praise from GABS. In addition, GABS planned to start the electrification of the local public transportation gradually in the future. 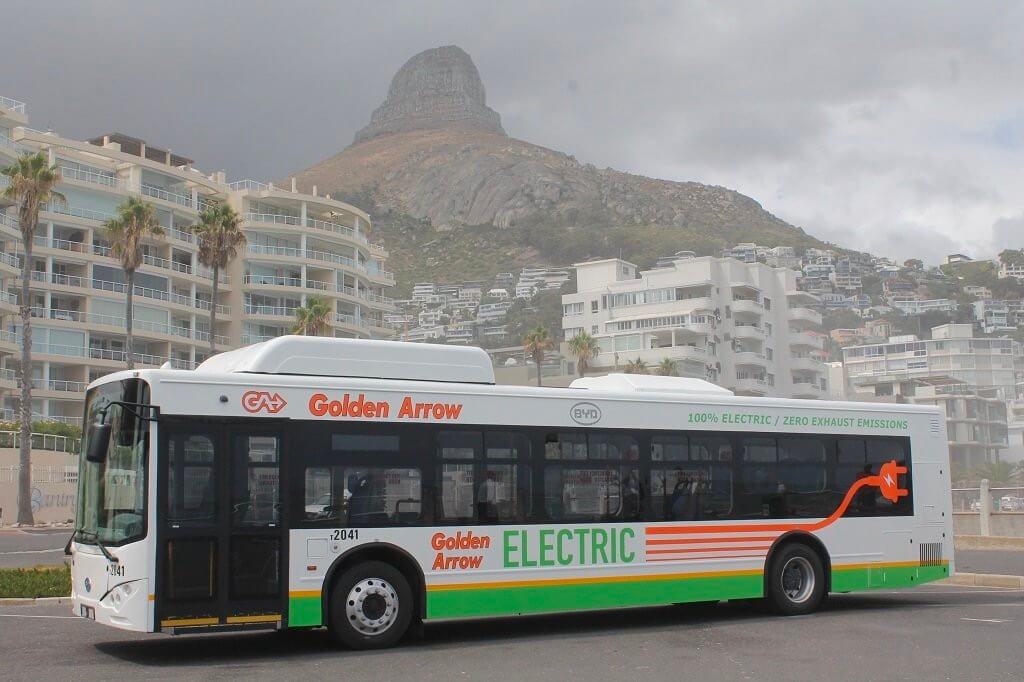 “Introducing electric buses aims to respond to the national and provincial governments’ call for reducing carbon emissions,” said Gideon Neethling, GABS company engineer.“For the first few months, we tested the buses in a range of circumstances without passengers. The aim was to get to know exactly how these vehicles perform before incorporating them into our operations.” He was very pleased with the test result, said: “Testing these vehicles has been a joy for everyone who is part of the project. Each time we carry out a new test or reach a new milestone, the level of excitement increases further,” said Neethling.

The capacity of the BYD electric bus is 40 passengers with the highest range up to 320 km (200 miles). In addition, these buses are equipped with user-friendly features, such as free WiFi and a wheelchair ramp. These two electric buses would operate during the local rush hour, carrying passengers between Retreat and Cape Town.

Transport and Public Works Minister, Daylin Mitchell said: “After taking a ride in this bus, I am confident passengers will feel safe during their journey.”

Today, the new energy products of BYD  have entered in over 300 cities of more than 50 countries and regions globally. In Africa, BYD has received wide acceptance in South Africa, Mauritius, Egypt, and other nations due to the outstanding performance of its electric buses.