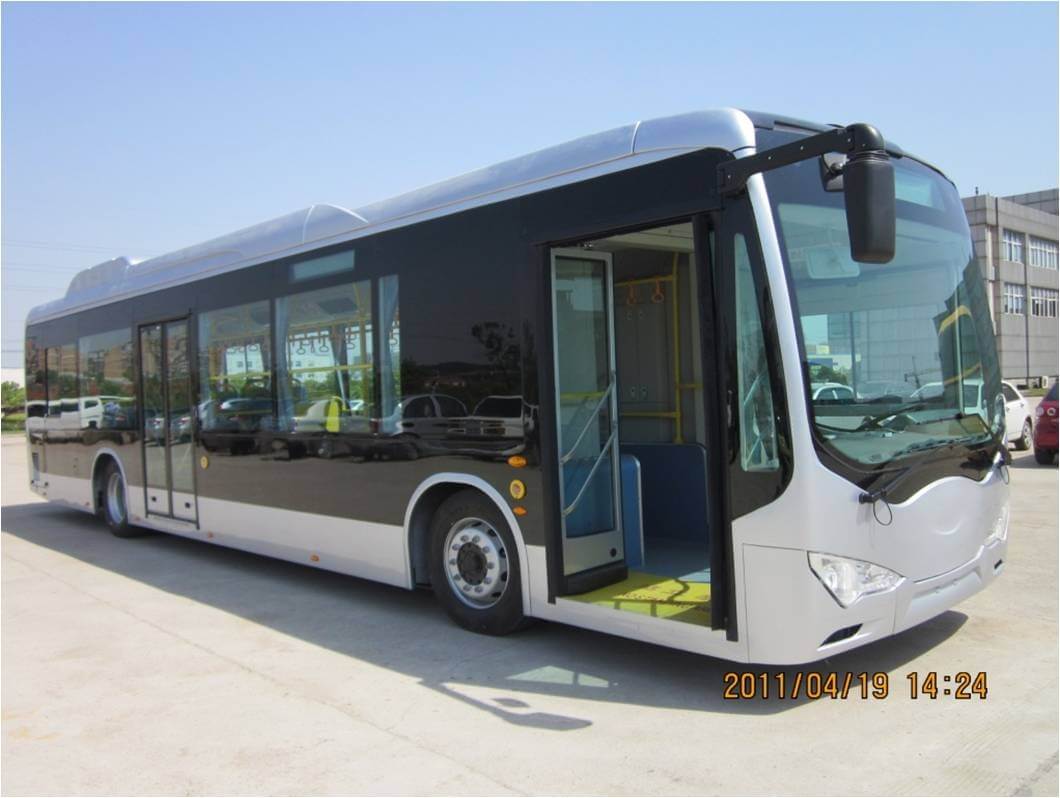 SALT LAKE CITY–(BUSINESS WIRE)–The University of Utah has placed an order for a 40-foot, all-electric transit bus withBYD Company Limited (BYD) the largest manufacture of all-electric buses in the world.

BYD’s long-range, all-electric, “GreenCity” buses (click for video) have been running worldwide in commercial fleet service for the last two years. BYD’s GreenCity fleets (which include both eTaxi’s and eBUSes) have accumulated over 14 million miles (or 23 million Km) using BYD’s internally developed electric drive technologies and Iron-Phosphate battery systems. BYD will supply one all-electric GreenCity bus to be retrofitted with WAVE’s wireless charging pad under the bus, developed by the Utah State University Energy Dynamics Laboratory, one of the leaders in wireless power transfer for vehicles. This technology will allow the BYD electric buses to pull up over an embedded charger in the asphalt with a maximum of 10 inches clearance and “opportunity charge” the waiting bus with no moving parts or unsightly wires required. The funds to test a full in-service operation of WAVE’s wireless power charging system were provided through a Federal Transit Administration grant awarded to the Utah Transit Authority.

The new BYD 40-foot GreenCity electric bus will be the first shuttle to be allowed to run across the heart of campus – a 1.7 mile loop route between the South Campus TRAX station north to the Warnock Engineering building with midway stops at the Student Union buildings. The bus runs will be timed to pick up passengers coming off eastbound trains on a 15-minute cycle. The driver will position the bus over the charging pad during several minute wait periods between runs. The embedded charge pads measure about three feet square and pose no danger to the public. Nothing protrudes above the surface to be damaged by cars, snow plows or vandals. At the core of the BYD’s GreenCity bus technology are BYD’s Iron Phosphate batteries. The BYD battery boasts the highest safety, longest service life and most environmentally friendly of all rechargeable chemistries.

“We will be the model of zero emissions rapid transit for the Nation,” said Alma Allred, the University of Utah’s Director of Commuter services. “We want to be in the forefront of technology that reduces the need for fossil fuels and has zero noise and zero pollution.”

“Our electric GreenCity bus has proven that it not only significantly reduces pollution in large cities, but it has also reduced operating expenses versus Natural-Gas and Diesel buses by up to 70% — there are no internal-combustion engines to maintain and service—no engines to rebuild over the life of the vehicles”, stated Micheal Austin, Vice President of BYD America. “BYD is proud to be a part of this wireless power transfer project with WAVE ,the University of Utah and the Utah Transit Authority – we applaud their visionary leadership.”

For more information email bydpr@byd.com or visit us at www.facebook.com/bydcompany to see additional video links.