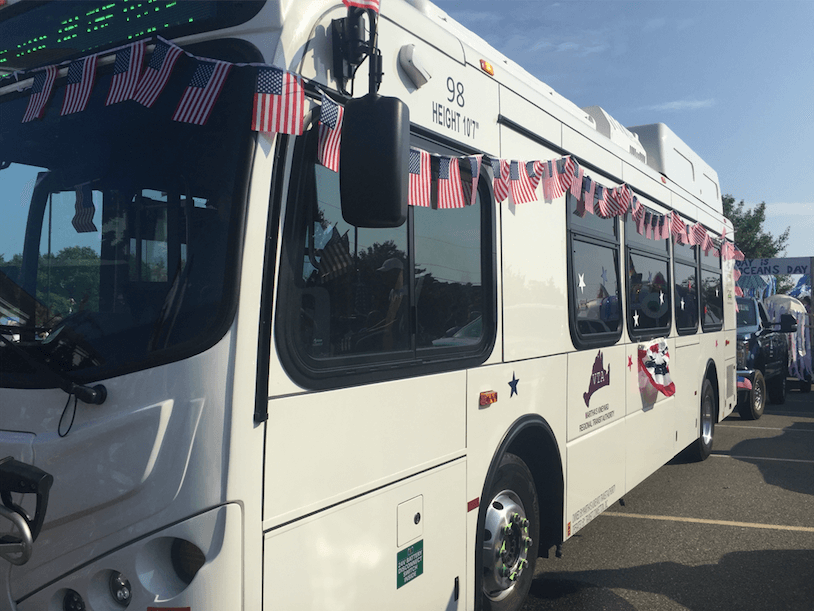 The Vineyard Transit Authority (VTA) is replacing noisy, fume-emitting diesel buses with BYD battery-electric buses. BYD, the world’s largest electric vehicle manufacturer, recently delivered five buses and a sixth is scheduled to be delivered by the end of the July.

The six-bus order was comprised of four BYD K9S 35-foot models and two K7 30-foot models.   The BYD buses will replace six less fuel and environmentally-efficient diesel buses as part of the VTA’s plan to convert its fleet to electrification. The VTA also announced it will purchase an additional four BYD buses.

“We are excited to begin transforming our fleet with these six BYD electric buses,” said Angie Grant, Administrator of Vineyard Transit Authority. “VTA is the first transit agency in Massachusetts to commit to going all-electric. This delivery is a milestone for both VTA and our state to begin the shift of electrification.”

VTA selected BYD to manufacture its first set of electric buses based on BYD’s battery warranty, mile range and selection of sizes and models, which accommodate Martha’s Vineyard’s road network.

“We are thrilled to partner with VTA in helping to create a more sustainable world. Many agencies look to VTA for its industry-leading practices and consciousness. They service an area that is in high demand year after year and they set the bar for forward thinking,” stated Bobby Hill, senior vice president of BYD.

The proprietary BYD Iron-Phosphate batteries that power the K7 and K9S are manufactured in Lancaster, California. This revolutionary battery is nontoxic, 100% recyclable, fire-safe and incredibly long-cycled. BYD is the first and only electric bus manufacturer in the world to offer a 12-year warranty on its batteries.

The K7 electric bus has a capacity of 22 passengers, while the K9S features a capacity of up to 32 passengers, depending on the precise configuration. The new buses will produce no emissions, make oil changes a thing of the past and offer dramatically lower maintenance costs.

VTA was able to purchase the electric buses through several Federal and State grants received last year. In addition, the VTA is installing solar canopies and received a grant that is part of the Baker-Polito Administration’s Energy Storage Initiative, Advancing Commonwealth Energy Storage program. This program will allow the VTA to store renewable energy made during the daytime to charge the buses at night.

The Official Sponsor of Mother Nature™, BYD is the world’s largest manufacturer of electric vehicles and the overwhelming global leader in battery-electric buses with more than 35,000 buses in service across North America, South America, Asia and Europe. BYD is also an industry leader in several other high-tech sectors, including high-efficiency automobiles, medium- and heavy-duty trucks, electric forklifts, SkyRail (monorail), energy storage and solar power generation. BYD is also one of the world’s largest manufacturers of rechargeable batteries. BYD is a publicly-traded company with 60% of its stocks owned by North American investors, with Warren Buffett’s Berkshire Hathaway as the largest single shareholder.