With today’s Metro Board approval, Metro and LASRE will enter into a contract for pre-development services in an amount not to exceed $63,605,132. The award of this contract, along with a similar one for a heavy-rail option, will allow the project’s environmental process to begin, which will include extensive community conversations over the next one-to-two years to help shape the final alignment, technology and station locations.

If ultimately selected as Metro’s preferred team and technology, LASRE intends to link the historically underserved San Fernando Valley to the Westside and LAX transportation and education hubs, including options to connect directly with UCLA, with innovative, high-speed, high-capacity service. 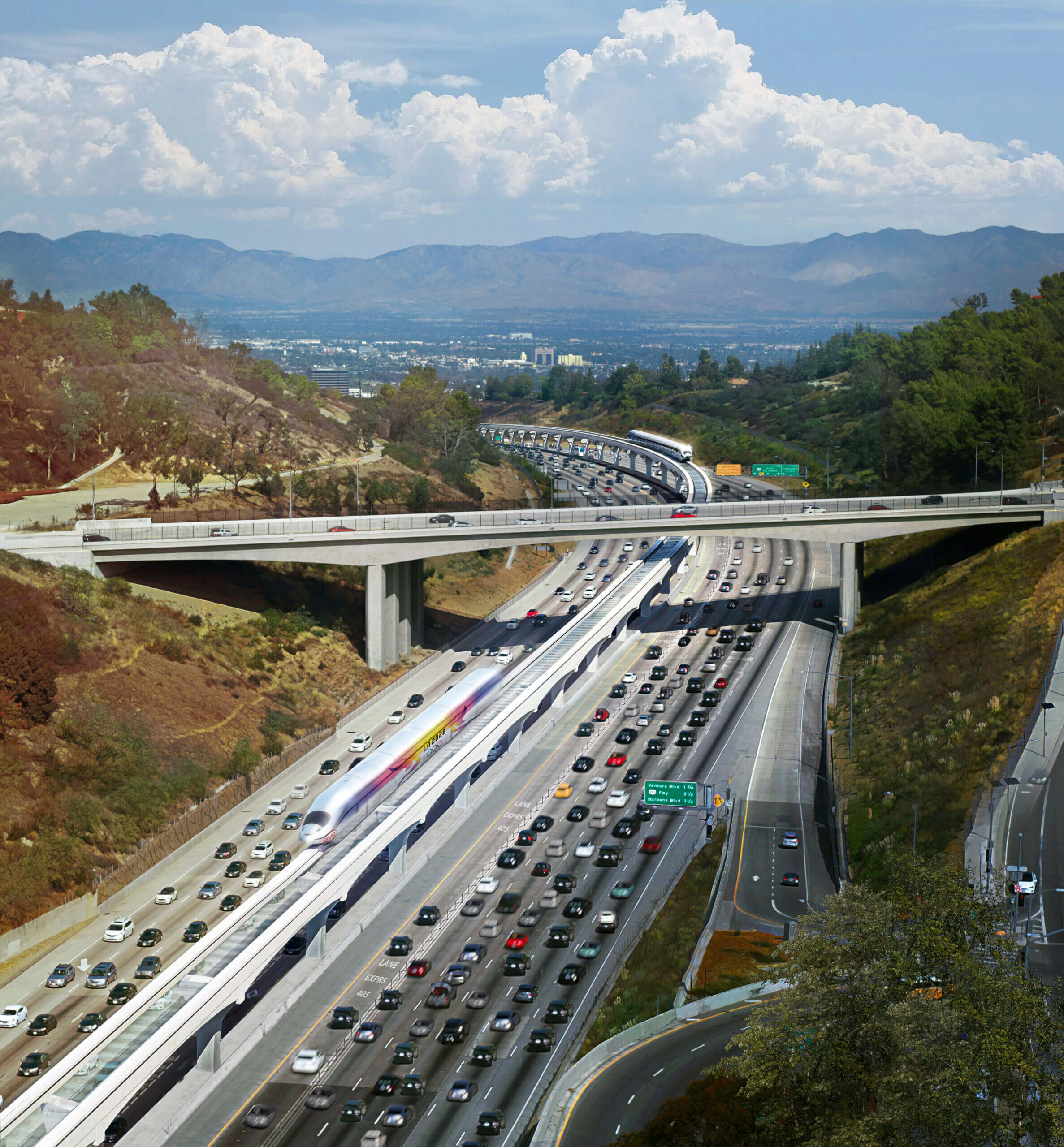 “We are delighted to have reached this significant final stage of the Sepulveda Transit Corridor Project selection process. The LA SkyRail Express proposal from the Valley to the Westside and the Alternative Proposal for the entire corridor to LAX, including the direct connect alternative that we developed through an 18-month workshop process with UCLA, are estimated to fit well within the Measure M budget, with LA SkyRail Express costing a fraction of the subway alternative,” said Anthony Phillips, Co-Head of PPP and Greenfield Projects at infrastructure investor John Laing.

“SkyRail is the advanced, high speed, high-capacity monorail system that incorporates advances that have been made in monorail technology through urban applications in many of the world’s largest cities over the past 60 years. SkyRail is designed to maximize safety and energy efficiency. Equally as important, LA SkyRail Express can help alleviate the chronic congestion Valley and Westside residents have faced for decades. We are hopeful about progressing to the next stage of the bid process and proud to play our part supporting one of the most consequential infrastructure projects in Los Angeles’s history. The LA SkyRail Express team looks forward to the next stage of the selection process with great optimism and integrity.”

LASRE’s vision is to develop a transformative link in LA County, increasing mobility and transportation accessibility for those with few options. The natural barrier created by the Santa Monica Mountains has long caused some of the worst auto congestion in the country. LASRE’s solution will provide a technically and financially viable alternative to the I-405, providing safe, reliable, efficient and sustainable transportation between the San Fernando Valley and Westside within Metro’s allotted budget.

Our mission is to provide direct, efficient connections throughout the corridor, not only to Metro’s bus and transit network, but also to major mixed-use centers along the route, such as UCLA, the Westside, and the South Bay area surrounding LAX, as well as LAX itself.

“Addressing Los Angeles’ chronic traffic congestion will take an innovative solution that will finally link the region’s existing east-west lines, and that’s exactly what the LA SkyRail Express team can deliver,” stated Denny Zane, executive director of Move LA. “Unlike other options, it won’t take decades for LASRE’s potentially transformative technology to connect the San Fernando Valley to the Westside and UCLA, and to LAX to create an integrated transportation system at far less cost, something our City desperately needs.”

As committed long-term local partners, LASRE aspires to bring proven, state-of-the-art technology to the entire corridor, to create a rapid-transit solution that will be compatible with the diverse communities along the route.

More information is available at http://laskyrailexpress.com.