When Walla Walla’s Valley Transit wanted to replace four of its diesel vehicles with zero emission buses while at the same time retaining the agency’s iconic trolley branding, they turned to BYD.

Rather than taking an existing bus and converting it into a trolley, BYD’s solution was to work with a third party, Cable Car Classics of Healdsburg, Calif., to design a trolley using BYD’s 35-foot transit bus model as the base. The result was zero-emission trolleys, each capable of transporting 30 passengers on smooth, quiet rides.

“We wanted to go electric and we wanted to maintain our branding,” said Angie Peters, Valley Transit’s general manager. “A purpose-built vehicle was very appealing.”

Valley Transit purchased four trolleys and put them to work on their mainline, a route serving the city’s downtown and its community college. To power the trolleys, Valley Transit installed charging stations at its bus barn and at a downtown transfer station.

“The public absolutely loves them,” Peters said. “The community are big, big fans. They are so much quieter. That’s a big hit with staff and customers.” 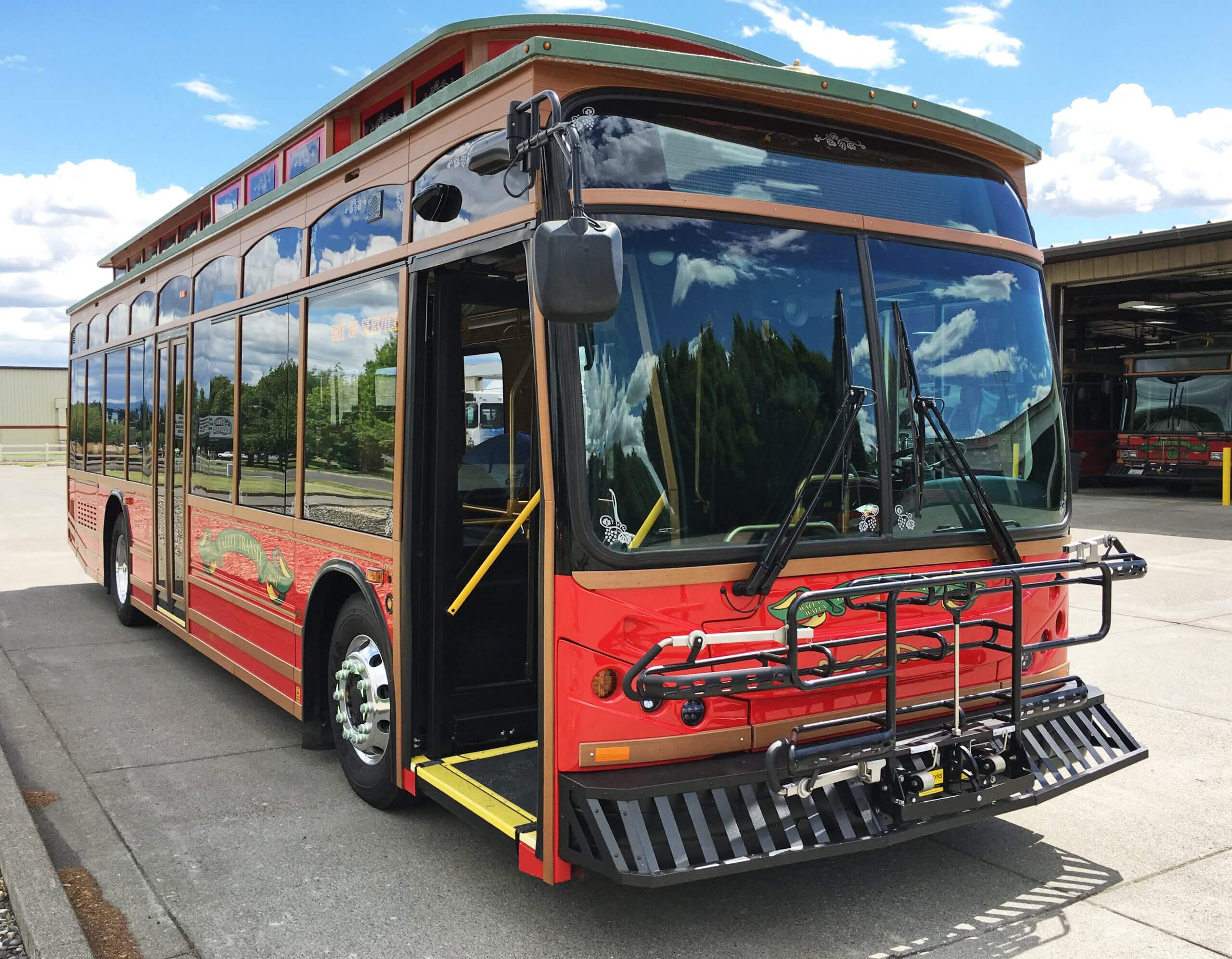 The trolleys are so quiet in fact that once, when one of the vehicles was used in a community parade, someone asked if something was wrong with it. They thought the trolley was being pushed, Peters said.

For now, in the light pandemic traffic, the trolleys are operating full shifts without opportunity charging. Drivers are competing to see who can return the vehicles with the most charge left, Peters said. The record, set on a quiet holiday, stands at 48%.

A goal for the agency is to go fully electric, Peters said.

“BYD has been a good partner,” Peters said. “We are very appreciative of that.”

“Valley Transit is a great customer of ours,” said Patrick Duan, Senior Vice President for BYD North America. “We are proud we could partner with them to come up with an innovative solution that met their branding goals while at the same time helping them protect their community’s quality of life.”

Valley Transit is one of more than 50 customers across the United States operating American-made BYD electric buses. BYD electric bus customers have logged over 18.2 million miles of zero emission operations, the equivalent of 38 trips to the moon and back.