Nobina, one of Finland’s and the Nordic region’s principal public transport operators, has taken delivery of 43 50-foot battery-electric buses from BYD, Europe’s and the world’s leading electric bus manufacturer. The hand-over also marks BYD’s presence for the first time in the Finnish bus market.

The initial deliveries form part of a total order from Nobina for 119 BYD Buses – the largest ever in Finland – and the first time BYD’s 50-foot model will enter commercial operations. The new fleet is being deployed on Nobina’s services in the city of Turku on Finland’s south-western coast. The remaining 76 BYD eBuses will be delivered to Nobina’s Helsinki region operation in mid-August, with models including the 50-foot bus, the best-selling 40-foot model, and the company’s high-capacity 60-foot articulated model. 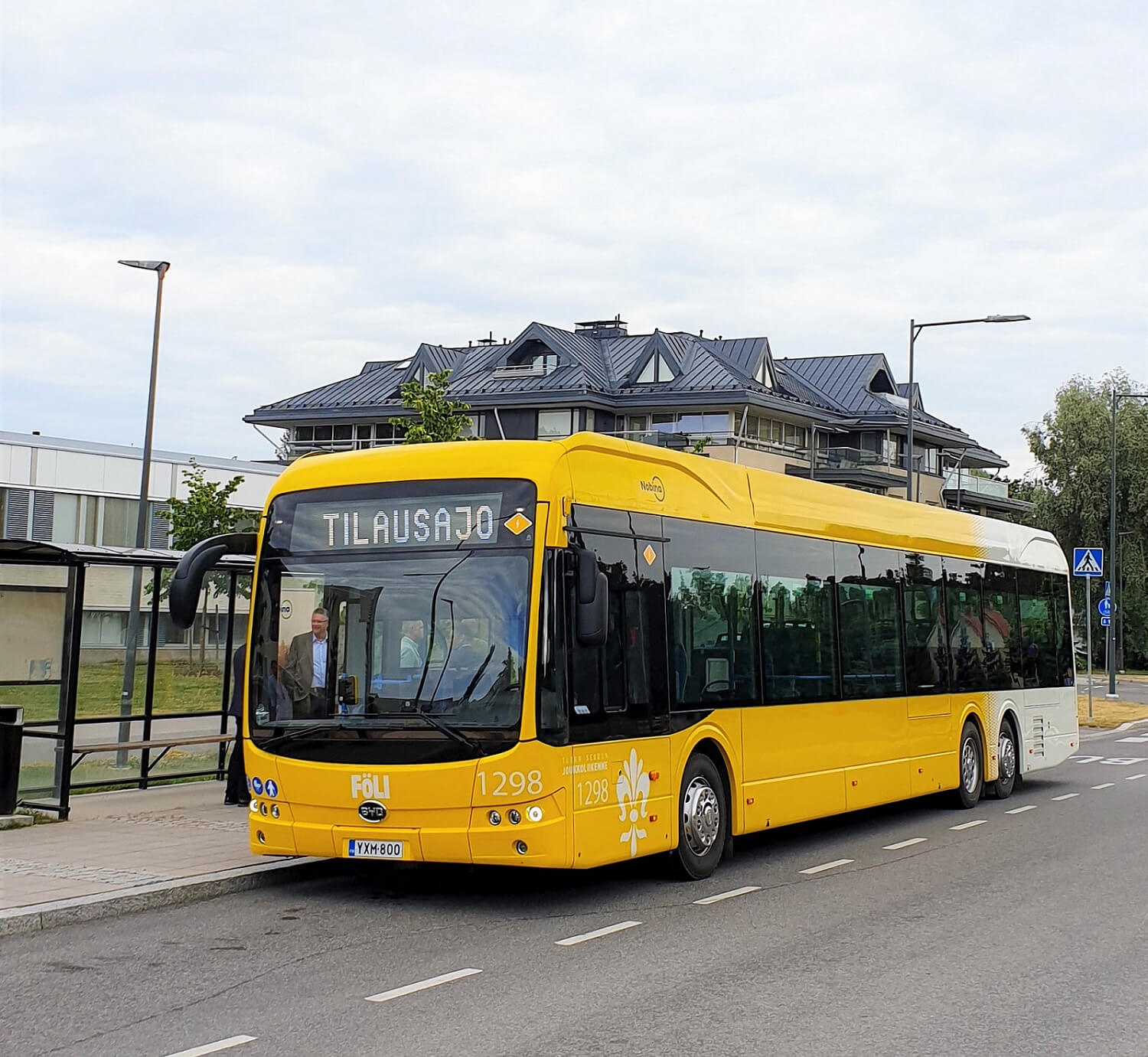 119 BYD eBuses for Nobina further underscores BYD’s position as the Nordic region’s preferred supplier of electric buses, with over 500 vehicles either delivered or on order with public transport operators in over 20 towns and cities throughout Scandinavia. Collectively, the BYD vehicle parc in the Nordic region has clocked-up over 25-million electric kilometers (15.5 million miles), delivering an impressive 25,000-ton reduction in CO2 emissions.

Beginning their successful commercial relationship in 2015, Nobina has selected BYD for a number of its operations in Scandinavia. Today, Nobina operates over 200 BYD eBuses in towns and cities across Sweden, Norway and Finland. Most recently, BYD has supplied eBuses to Nobina for services in the town of Piteå in the north-east of Sweden where 13 BYD 12-metre models are delivering outstanding performance. Piteå is the most northerly location in Europe in which BYD eBuses have been deployed – close to the arctic circle at latitude 65.31º north – often experiencing sub-zero degree temperatures and freezing conditions.