With BYD being no stranger to pioneering in the industry, the Han series continues to break new ground. The Han EV’s long-range pure electric version has a remarkable single-charge range of 605 kilometers (376 miles) based on the NEDC test cycle. The four-wheel-drive high-performance version possesses an acceleration of 0 to 100km/h (approximately 62 mph) in just 3.9 seconds, making it China’s fastest EV in production, while the DM (Dual Mode) plug-in hybrid model offers 0 to 100km/h in 4.7 seconds, making it the country’s fastest hybrid sedan. 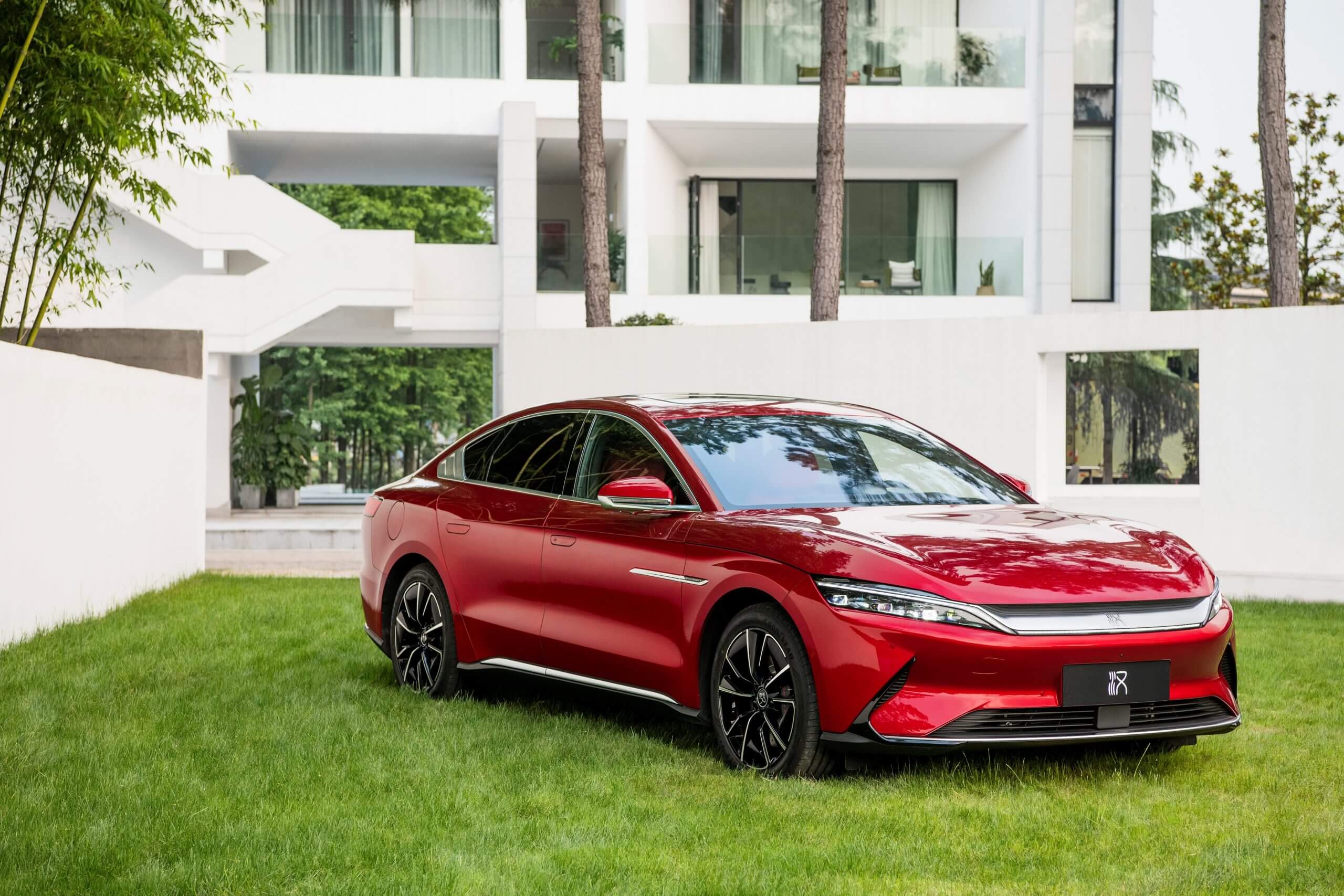 The Han series will create a new global standard for EV technology and quality, shaking up the traditional luxury car market while accelerating the global shift to electric vehicles. Named after one of the most celebrated dynasties in Chinese history, the Han series also demonstrates the country’s growing manufacturing prowess.

Mr. Wang Chuanfu, President of BYD Co., Ltd., said, “The Han has taken ten years from the concept stage to formal mass production,” which he likened to “ten years of sharpening a brilliant sword”. He added, “Through our leading technologies, we have created three benchmarks for flagship EVs in terms of safety, performance, and luxury.”

The Han series sets new standards for EVs worldwide with its safety, performance, and luxury

The Han EV has redefined safety standards for energy vehicles as it is the world’s first vehicle to use BYD’s ultra-safe Blade Battery, making it twice as safe compared to EVs using traditional ternary lithium battery packs. The Han’s DM is powered by a “seven-dimensional quad-layer” safety matrix that offers the world’s safest battery safety system with its ability to remain stable at high temperatures. The Han’s roof uses advanced laser brazing technology, while its 1500HS thermoformed steel is the most ever used for any comparable Chinese automobile. Other notable safety features include 11 standard airbags and six cameras, highly-efficient air purification filters, and more.

In terms of performance, the Han series comes with the world-first MOSFET motor control module, which fuels the car’s record-breaking 3.9 second 0-100km/h acceleration. At the same time, Han’s braking distance requires only 32.8 meters from 100km/h to a standstill. The Han EV’s extended-range version’s impressive 605-kilometer cruising range also gives it the world’s highest energy recovery rating, while a double silver-coated windshield and other energy-saving measures meet the real needs of users over its lifetime. The Han DM hybrid model comes with 81 kilometers of pure-electric cruising range and over 800 kilometers of integrated range, along with five different power modes.

The Han EV brings even smarter luxury to sedans

The Han’s luxury is matched by its intelligence, with smart features like the NFC mobile phone key function, allowing users to easily unlock the vehicle even if their phone is out of power or has no signal.

Moreover, the Han comes with the latest version of BYD’s DiPilot intelligent driving assistance system, including a wide array of safety features like an adaptive stop-and-go cruise-control system (ACC-S&G), a forward-collision warning system (FCW), a pedestrian identification and protection system, a lane departure warning system (LDWS), traffic sign identification, and much more. The Han can be upgraded with even higher-level functions including BYD’s ICC Intelligent Navigation System, the ICA Integrated Adaptive Cruise System, and the TJA Traffic Congestion Assistance System. In addition, the extended-range premium and 4WD high-performance models provide blind spot monitoring, lane-change assistance, rear collision early warning and other leading functions, which can be upgraded to a comprehensive automatic parking function.

DiPilot also comes with the DiTrainer mode, which selectively turns on assisted driving based on factors such as driving behavior, road conditions, weather, and even driving age. The DiLink 3.0 Smart Network system comes with smart voice upgrades and a DiUI upgrade, with a 15.6-inch Ultra HD 8-core adaptive rotary suspension PAD, bringing the even smarter luxury sedan.

The Han EV reflects not only some of the world’s top automobile technology but also the benefits of BYD’s rich experience in the research and development of EVs. This has allowed the brand to not only break into China’s high-end sedan market but also other fiercely competitive markets. With its formidable performance, fantastic safety and its representation of a new generation of luxury, the Han is a powerful offering that upgrades the standing and capabilities of Chinese automobiles and electric vehicles around the world.