BYD (Build Your Dreams) announced it will bring three of its battery-electric, zero-emission motorcoaches to the United Motorcoach Association’s annual expo in Nashville, Tenn., being held Jan. 19-23. 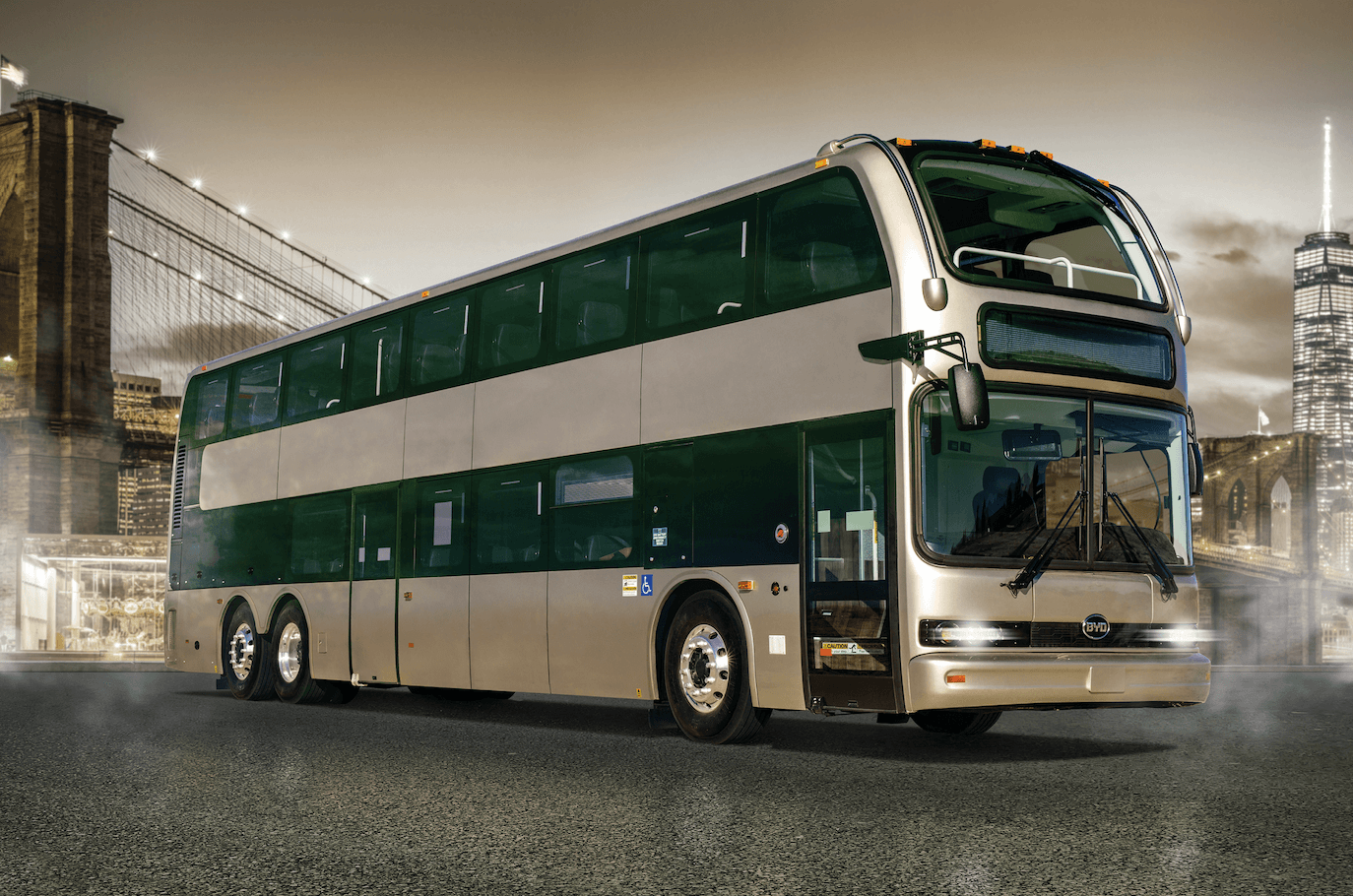 BYD will display its 45-foot double-deck C10MS, the largest battery-electric motorcoach in North America. The C10MS can seat up to 77 people and has a range of up to 230 miles.

In addition to showcasing its battery-electric motorcoach technology, BYD will have a team of its top sales staff on hand to answer questions.

“BYD is the world’s leader in battery-electric, zero-emission vehicle technology,” said BYD North America Vice President Patrick Duan. “We are proud to showcase these vehicles at this premier industry conference.”

The UMA Motorcoach Expo will be held at the Music City Center, 201 Fifth Avenue South in Nashville.