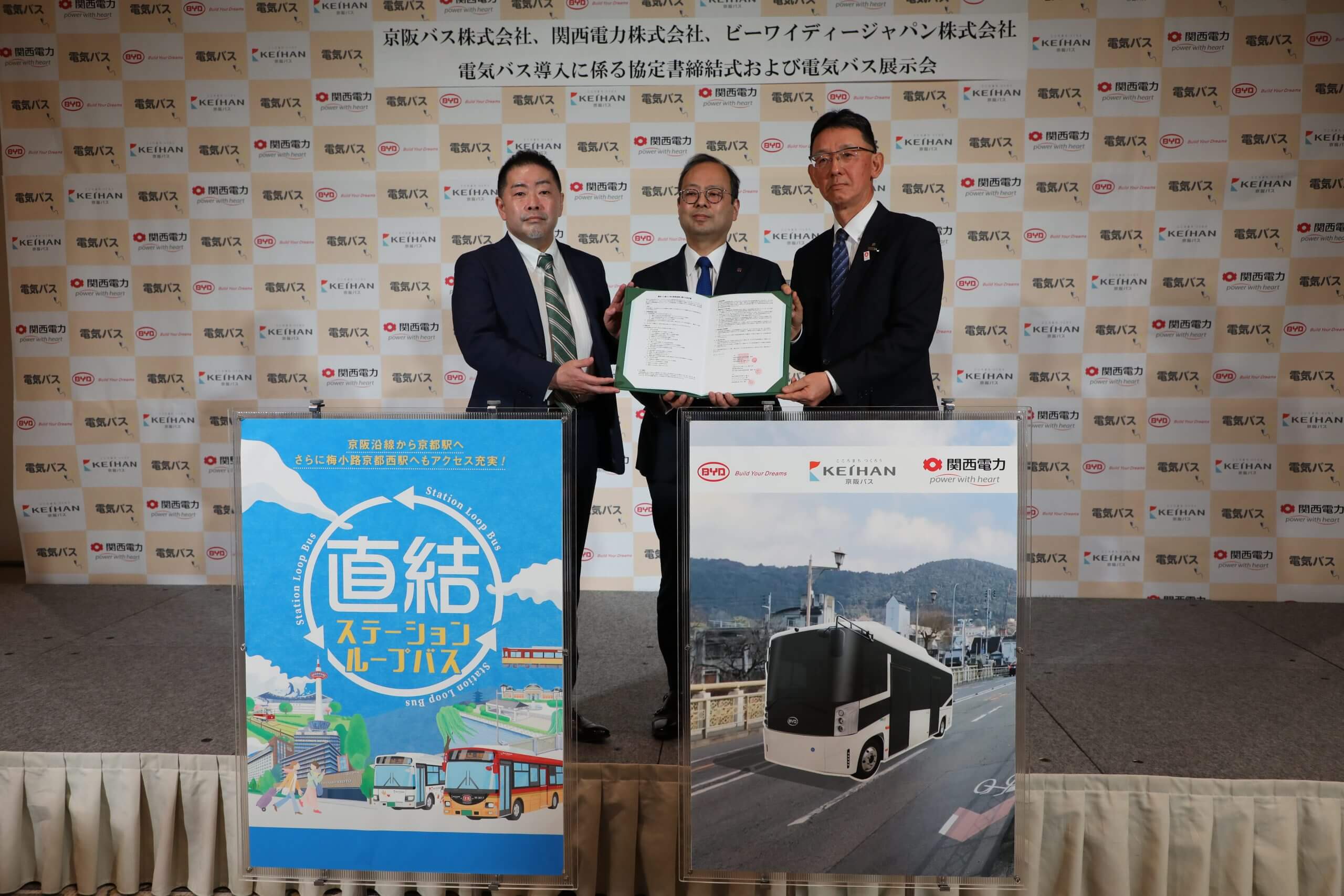 As the signing location for the landmark 1997 Kyoto Protocol, Kyoto is a pioneer city that has witnessed the world’s active response to climate change. In the same spirit, this latest deal is not only an active response to the Japanese government’s goal of achieving Japan’s 2050 carbon neutrality target for a carbon-free society, but also an effort to achieve the Ministry of Economy, Trade and Industry’s plan to ban the sale of new gasoline-powered vehicles in the mid-2030s.

Operating buses in this world-renowned tourist destination, Keihan Bus has always provided important travel support for the tourism industry in Kyoto. The new bus loop line will connect Kyoto Station, Shichijo Keihan-mae, and Umekoji • Hotel Emion Kyoto, which are surrounded by key tourist attractions such as Kyoto Railway Museum and Kyoto Aquarium. The introduction of electric buses around the JR Kyoto Station – the gateway station to Kyoto – will further boost the city’s green credentials.

“Keihan Bus will celebrate its 100th anniversary next year. We believe that the transition from gasoline and diesel vehicles to pure electric vehicles will mark a huge turning point on the 100th anniversary for the company,” said Suzuki Kazuya, President, Representative Director of Keihan Bus.

Kansai Electric Power, the second-largest electric power company in Japan, will not only build charging piles and other facilities for the project, but also construct a highly efficient energy management system, as well as analyze and research operating data.

“Kyoto Station is the gateway to Kyoto. The introduction of electric buses in the city is an important step for us to move towards a decarbonized society,” said Kenichi Fujino, Assistant General Manager of Sales and Marketing Division of Kansai Electric Power.  “We will fully cooperate with Kyoto to introduce pure electric buses and support subsequent operations.” 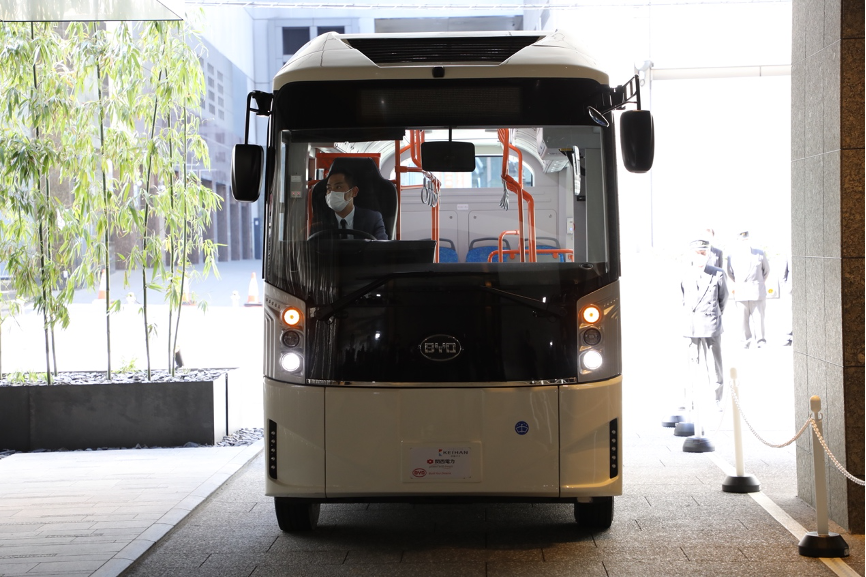 BYD’s pure electric buses are quiet and environmentally friendly, and are more cost-effective than fuel buses, while their power batteries can also provide emergency power in the event of a disaster. The first batch of BYD J6 buses can be fully charged within just 3 hours, with a range of more than 150 kilometers, and can accommodate up to 29 people.

Liu Xueliang, General Manager of BYD Asia-Pacific Auto Sales Division, said, “At present, there are 53 BYD electric buses in operation throughout Japan, with a total mileage of approximately 1.2 million kilometers, which help reduce carbon emissions near to 271 tons, making us the leader in the country’s electric bus market. We will continue to share our electric vehicle technology and experience in Japan and around the world, to contribute to the early realization of a decarbonized society.”

Since BYD’s K9 buses first began operating Kyoto in 2015 and successfully opened up the Japanese market, the brand’s buses have gone on to enter Okinawa, Fukushima, Iwate, Yamanashi, Tokyo, and Nagasaki, and many other places in Japan over the past six years. It has also gained the trust of developed markets in Germany, the United States, Japan, and South Korea, thanks to its excellent and reliable product quality as well as trustworthy after-sales guarantee system.