World leading electric bus manufacturer, BYD, has secured one of the largest orders for eBuses in Italy and the largest eBus order in Turin with confirmation of a further 50 of its best-selling 40-foot low-floor model for Public Transport Operator, GTT (Gruppo Torinese Trasporti), in the northern city of Turin.

A framework agreement is also in place for the supply of an additional 50 BYD 40-foot models after the initial deliveries are completed and in operation. 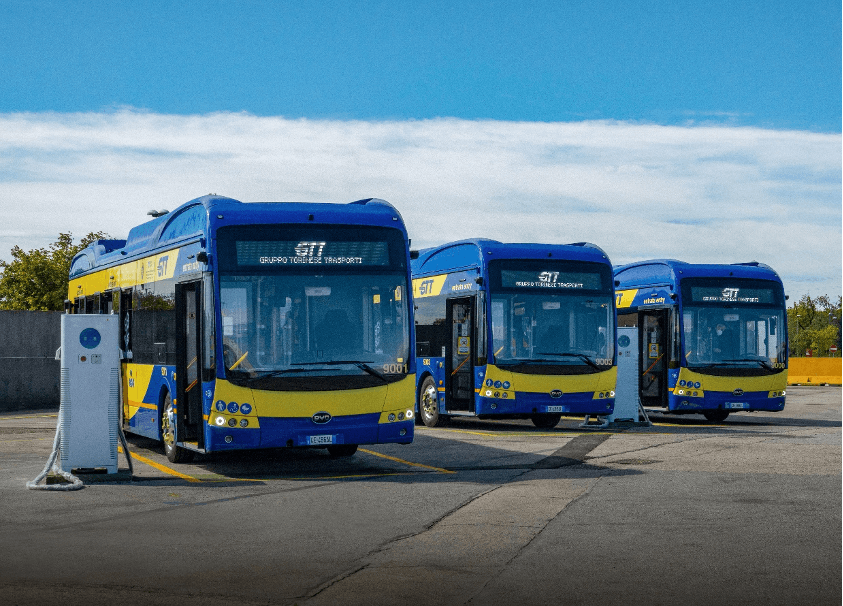 This latest major fleet order for BYD comes as a result of its close and long-established partnership with GTT – Turin’s principal Public Transport Operator – since first supplying BYD eBuses for the city in 2017. The programmed delivery of 50 eBuses will be GTT’s third intake from BYD taking its total to 78 BYD vehicles. The latest fleet will feature three-door bodywork and the phased delivery of the remaining vehicles is scheduled for September.

The first four eBuses were officially handed over on Monday, 16th May, at GTT’s Gerbido depot, attended by the Mayor of Turin, Chiara Appendino, CEO of GTT, Giovanni Foti, and Councilor for Transport, Maria Lapietra. These latest new additions will enter service initially on routes 58 and 71 in the city.

Over 60 BYD eBuses are presently in operation throughout Italy, performing reliably on intensive routes in the cities of Turin, Novara, Alessandria, Milan, Padua and Messina, and other smaller towns. The BYD eBuses in Italy have to date combined to deliver over seven million electric kilometers (4.34 million miles), saving more than 7,000-tonnes of CO2 emissions from equivalent diesel-powered vehicles.

The majority of the vehicles will be built in the EU at BYD’s dedicated production facility in Komárom in neighbouring Hungary. Once again, despite COVID-19 restrictions, BYD has worked tirelessly in line with pre-agreed production and delivery schedules to meet the stringent requirements of Local Authority and PTO customers throughout Europe.

BYD is one of the world’s leading New Energy Vehicle (NEV) manufacturers and the world’s leading electric bus manufacturer. BYD has delivered over 65,000 pure-electric buses and coaches globally, and its new energy vehicles footprints can be found in over 300 cities, operating in more than 50 countries and regions. To date, there are 2000 BYD eBuses in operation or on order with PTOs right across Europe.

BYD’s 40-foot eBus remains as the best-selling electric bus model with over 700 vehicles already in service in Europe. GTT’s latest BYD fleet order specification features a number of technological innovations to optimise safety, productivity and passenger comfort. Among them a MirrorEye camera to significantly broaden the driver’s field of vision, independent charging points on each side of the vehicle to provide operational flexibility, while improved battery technologies mean the HydroElectric heater is more protective of the environment by eliminating CO2 emissions. A dedicated and spacious on-board area is also provided for wheelchair users. 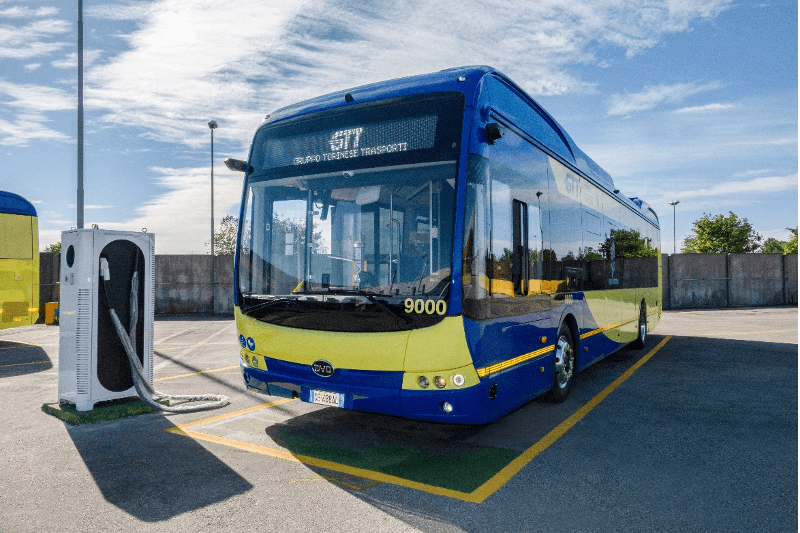 “Since the beginning of our electoral mandate, we have considered it essential to renew the GTT fleet,” said the Mayor of Turin, Chiara Appendino, “and we have managed to lower the average age of three years. There are more than 200 new buses already in service around the city and today, finally, the latest electric buses from BYD are arriving. In addition, 70 new trams are under construction which we’ll see on our streets from the beginning of 2022, and purchases of other vehicles are underway,” he said.

CEO of GTT, Giovanni Foti, added, “We really are very proud. These eBuses are at the forefront of vehicle technology, delivering greater levels of safety for drivers and passengers.”

BYD Europe Managing Director, Isbrand Ho, said, “Again, a strong partnership with our customer and a shared ambition to build a sustainable public transport model has seen the BYD brand expand its presence. Most importantly, eMobility is delivering a progressively clean environment for the people of Turin. Our eBuses are safe, quiet and extremely comfortable,” he said, “offering an increasingly attractive option for local journeys in the city.”

BYD Company Ltd. is one of China’s largest privately owned enterprises. Since its inception in 1995, the company quickly developed solid expertise in rechargeable batteries and became a relentless advocate of sustainable development, successfully expanding its renewable energy solutions globally with operations in over 50 countries and regions. Its creation of a Zero Emissions Energy Ecosystem – comprising affordable solar power generation, reliable energy storage and cutting-edge electrified transportation – has made it an industry leader in the energy and transportation sectors. BYD is listed on the Hong Kong and Shenzhen Stock Exchanges. More information on the company can be found at http://www.byd.com.