A green revolution is happening in the American transportation sector. Driven by a desire to be good stewards of the environment and by government mandates, transit operators are seeking out and adopting zero emission technologies.

Seeking cleaner air and healthier communities, all levels of government are pushing this green revolution forward. At the federal level, the Biden administration is seeking a 50% reduction in greenhouse gases (GHG) from 2005 levels by 2030. 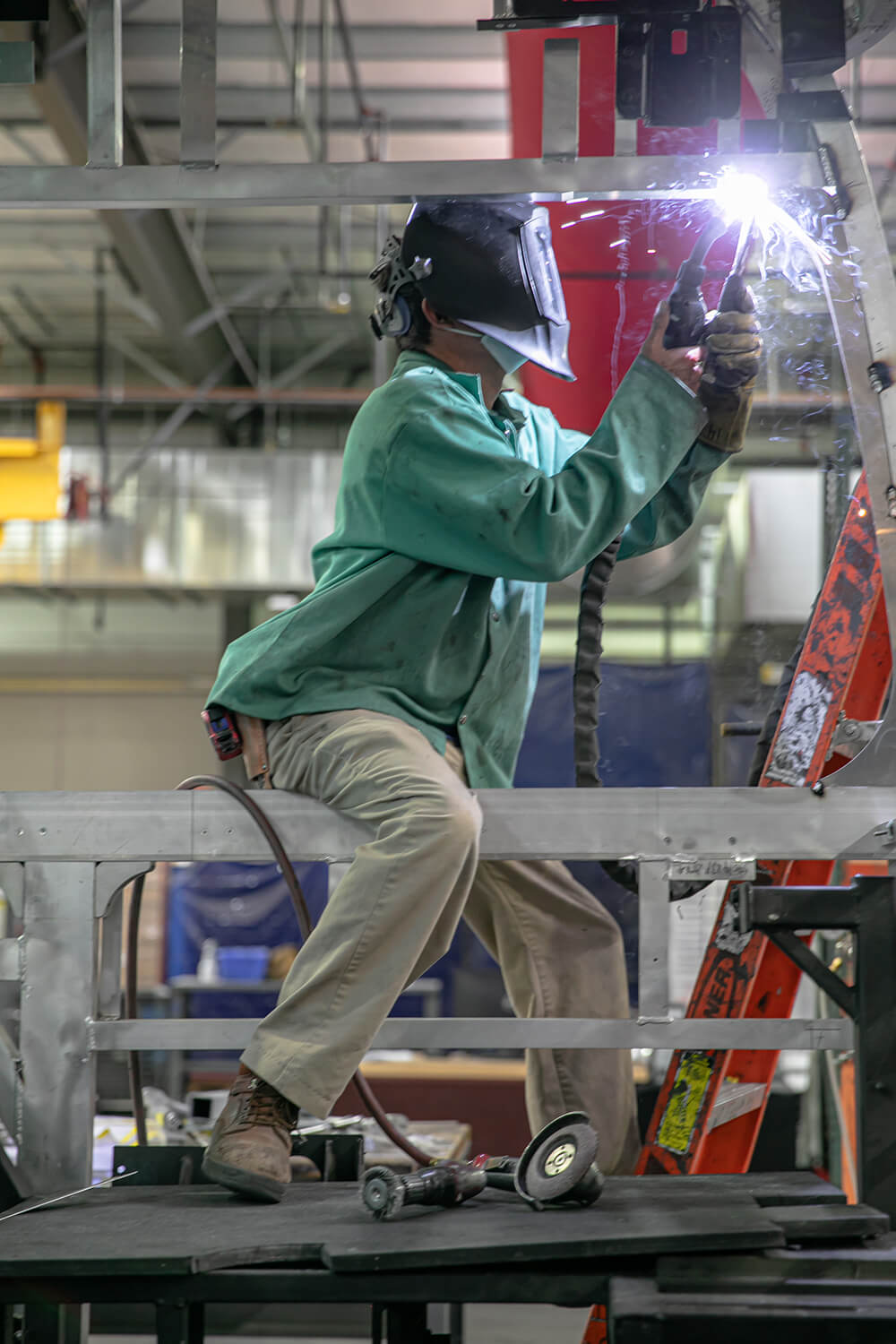 With the transportation sector accounting for the largest portion (29%) of total U.S. GHG emissions, transit operators, both public and private, are seeking out zero emission technologies to help meet these ambitious goals. Transit operators need zero emission technology that is affordable while still capable of delivering performance and reliability.

That’s where BYD comes in.

BYD offers the widest range of battery-electric bus and coach models in the United States. The company’s transit bus models include the 30-foot K7M, the 35-foot K8M, the 40-foot K9M, and the 60-foot articulated K11M. The motor coach lineup includes the 23-foot C6M, the 35-foot C8M and the Double Decker C8MS, the 40-foot C9M, 45-foot C10M, and the 45-foot Double Decker C10MS.

There are more than 500 BYD battery-electric buses operating for U.S. customers. Those buses have already achieved more than 18 million emission-free miles in revenue service. Every American-built zero-emission BYD bus eliminates approximately 1,690 tons of CO2 over its 12-year lifespan, according to the U.S. Department of Transportation.

More than 50 customers across the United States operate American-made BYD buses in communities from Martha’s Vineyard and Indianapolis, to Palo Alto and Los Angeles. Customers include:

The green revolution is not just about the technology – it’s about people. The American workforce needs to adapt and thrive in this new technology age.

Again, BYD is showing the way.

BYD buses sold in the U.S. incorporate over 70% American content, easily surpassing Buy America requirements for federally funded bus procurements.  The company spends more than $70 million annually on components made by American vendors across the nation.

BYD is deeply committed to America, investing more than $250 million in facilities, equipment, and workforce development. The company breathed new life into a shuttered RV manufacturing plant in Lancaster, California, expanding it to create an ISO 9001-certified factory that employs hundreds of people. A long-vacant and blighted building in downtown Los Angeles was rehabilitated into the company’s North America headquarters.

“BYD is helping bring back manufacturing to the United States, with a state-of-the-art factory,” said Stella Li, BYD North America President. “We are proud to have grown from 35 employees in the United States in 2014 to nearly 1,000 today, all dedicated toward combating climate change and cleaning our air.” 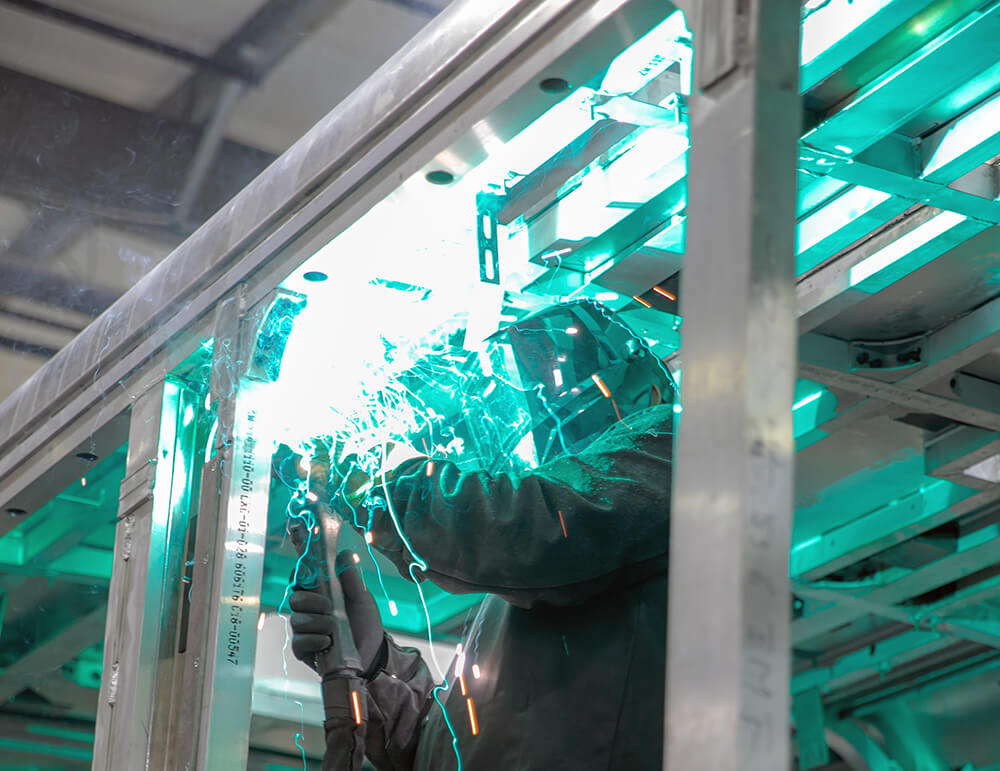 BYD is the first battery-electric bus manufacturer with both a unionized workforce and a Community Benefits Agreement, which sets goals for hiring veterans, single parents, second-chance citizens, and others facing hurdles in obtaining manufacturing employment. In addition, in partnership with SMART Local 105 and Antelope Valley College in Lancaster, BYD set up an apprenticeship program, improving production quality and efficiency and giving employees valuable skills that will benefit them for a lifetime.

“This apprenticeship program helps workers get the skills they need to thrive in the green technology revolution,” Li said. “Our employees gain skills that will help advance their careers. The company benefits by having skilled workers who will help improve efficiency in production and the quality of our buses.”

BYD’s support to local organizations and programs is an integral and important part of the company’s investment in America. These efforts include supporting community and youth organizations; educational, scholarship, and workforce programs; and regional economic associations.

When the COVID-19 pandemic began to spread across America in 2020, BYD announced a commitment to donate $1 million in medical supplies, including PPEs and hand sanitizer to transit agencies and first responders in the United States and Canada. The company has easily fulfilled and exceeded that pledge.

Those donations included 100,000 single-use surgical child-sized and adult masks and hand sanitizer for students, teachers and others in Los Angeles Unified, the second-largest school district in the United States, and over 60,000 masks and bottles of sanitizer to frontline workers in the City of El Paso, Texas.

BYD continues to invest in America, expanding with the opening of service centers in San Carlos, Calif., Indianapolis, Ind., Honolulu, H.I., and Lodi, N.J. The company is preparing for future growth with the acquisition of more than 150 acres in Lancaster to accommodate additional manufacturing and warehouse space. This would mean hundreds of additional American clean technology manufacturing jobs.