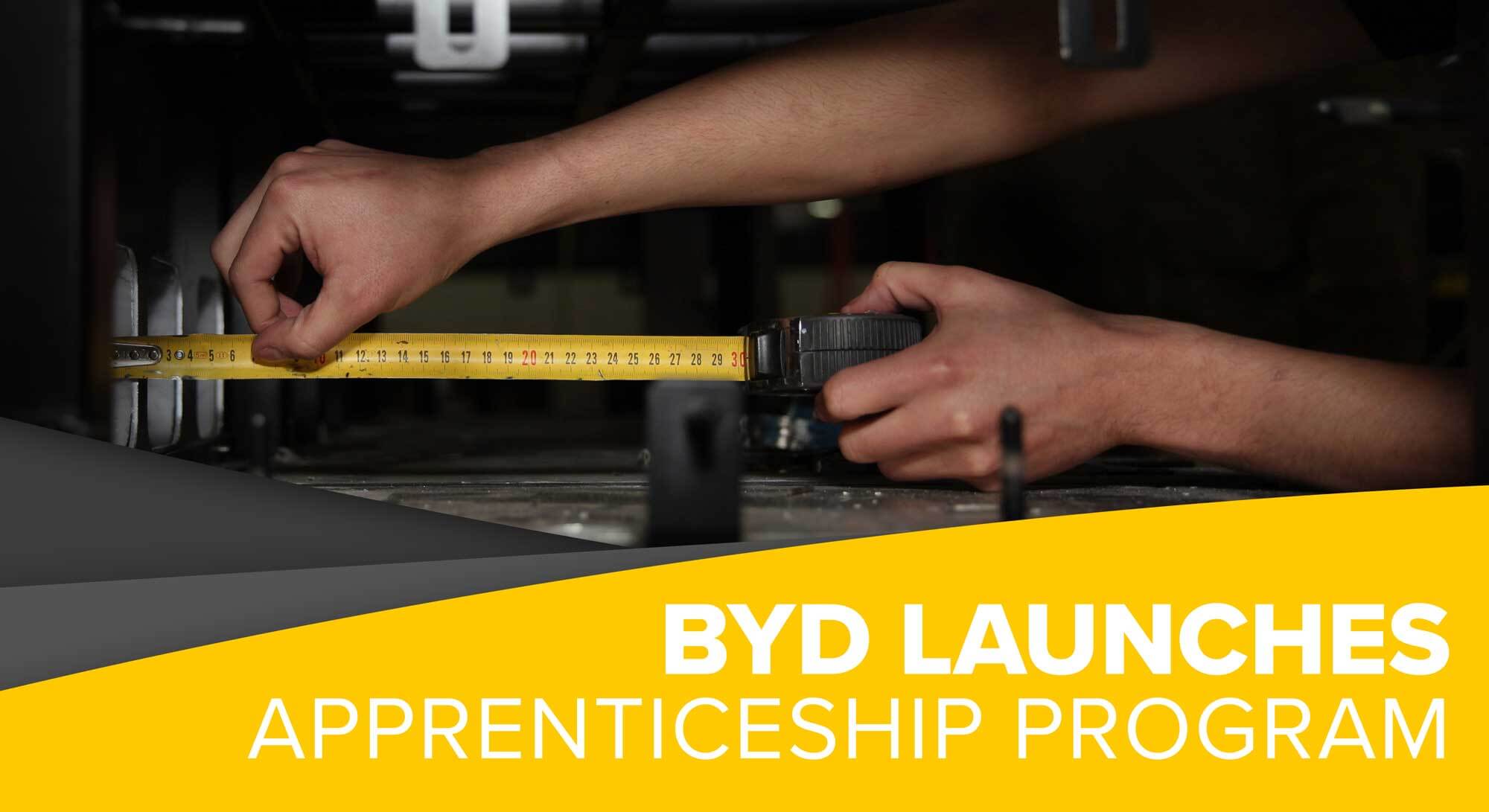 “This is a win for everybody,” said Bobby Hill, vice president, BYD Coach & Bus. “We get skilled workers who will help us improve our efficiency in production and the quality of our buses and help us be even more competitive for additional contracts. The employee benefits by getting skills that will help them advance in their career. We are thrilled to be partnering with SMART Local 105 and Antelope Valley College on this program.”

The program is scheduled to start on Aug. 19 as AVC starts its fall semester. The initial cohort will be 40 students. Every fall a new cohort will begin the program.

“Antelope Valley College’s support of local industry and economic development is one of the ways in which we serve our community,” said Antelope Valley College President Ed Knudson. “This program is the first nationally registered apprenticeship program for AVC and affords qualifying entry-level workers at BYD the opportunity to receive college credit for apprenticeship training in the classroom and on-the-job.  We are proud to partner with BYD and S.M.A.R.T. Local 105 to pioneer this new program, and support ongoing growth and development in the Antelope Valley.”

SMART Local 105 will conduct pre-testing to help select the students for the program.

“There is no secret that knowledge is power. Our apprenticeship will serve as a tool to train our workers on the latest technology on how to build electric buses,” Willy Solorzano of SMART, Local 105 said. “We are not just building for the future but we are also creating great opportunities for the employees.”

In July 2017, BYD, SMART Local 105, and Jobs to Move America (JMA), a coalition of community-based groups, announced the signing of a landmark community benefits agreement (CBA) that will create pathways into the manufacturing industry for underrepresented and underserved populations in Los Angeles County.

“BYD’s investment in a state-of-the-art apprenticeship program is a critical complement to the pre-apprenticeship program. It will ensure that women, African Americans, individuals returning home from incarceration and veterans entering jobs at BYD in connection to the Community Benefits Agreement also have the opportunity to advance within the company and build upon their transferrable skills,” said Erika Thi Patterson, JMA’s California director.

Under the CBA, BYD committed to a goal of recruiting and hiring workers from populations facing significant barriers to employment, such as veterans and returning citizens. In addition, populations that have been excluded from the manufacturing industry, such as women and African Americans will also be recruited and placed.

The CBA called for BYD, JMA to jointly create training and apprenticeship programs for the frontline workers in the electric bus manufacturing and assembly industry. Technical training will consist of classroom and hands-on training in basic skills, precision metal work, electrical wiring and assembly of complex mechanical and electrical systems, among other skills.