BYD (Build Your Dreams) Tuesday applauds the release of the Transportation Electrification Partnership’s 2028 Roadmap 2.0, which sets ambitious regional goals for the implementation of electric vehicles as well as new investments in infrastructure. 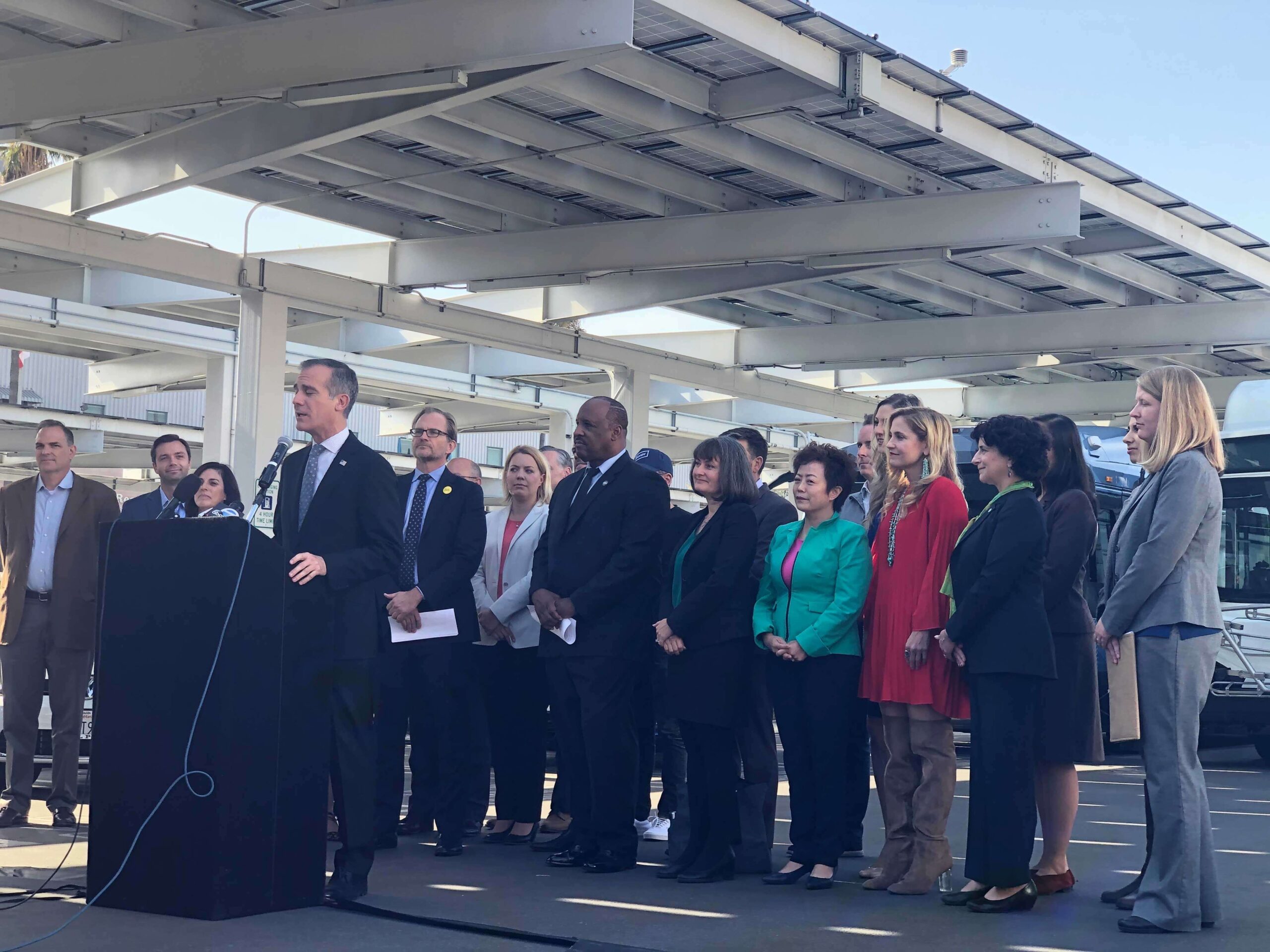 The partnership, a coalition led by the Los Angeles Cleantech Incubator (LACI), will accelerate zero emission movement of goods and passengers in the Greater Los Angeles Region. BYD is a proud participant in Roadmap 2.0.

“As an innovator and global leader in the manufacture of electric vehicles, BYD believes Roadmap 2.0 is a perfect place to showcase cutting-edge zero-emission technologies, like our buses and trucks, which are manufactured and assembled right here in Los Angeles County,” Ms. Li said. “Tuesday’s event shows that Los Angeles’ support of clean vehicle technology benefits its residents and stands as a beacon of innovation for the rest of the country.”

At its core, Roadmap 2.0 represents an unprecedented multi-year partnership among local, regional, and state stakeholders accelerating the adoption of green technology in advance of the 2028 Olympic and Paralympic Games in Los Angeles.

Examples of BYD’s participation in this regional effort include:

LADOT, LA Metro, Long Beach, and AVTA are among the more than a dozen customers who have shown their confidence in BYD’s product performance and service to make additional orders. Earlier this year, Anaheim Resort Transportation added to its initial purchase by ordering 40 more buses from BYD. With this purchase, BYD has now sold more than 460 electric buses to customers in Southern California including airports, universities, private operators and transit agencies.

BYD is the first battery-electric bus manufacturer that has both a unionized workforce and a Community Benefits Agreement, which sets goals for hiring veterans, single parents, second chance citizens, and others facing hurdles in obtaining manufacturing employment.