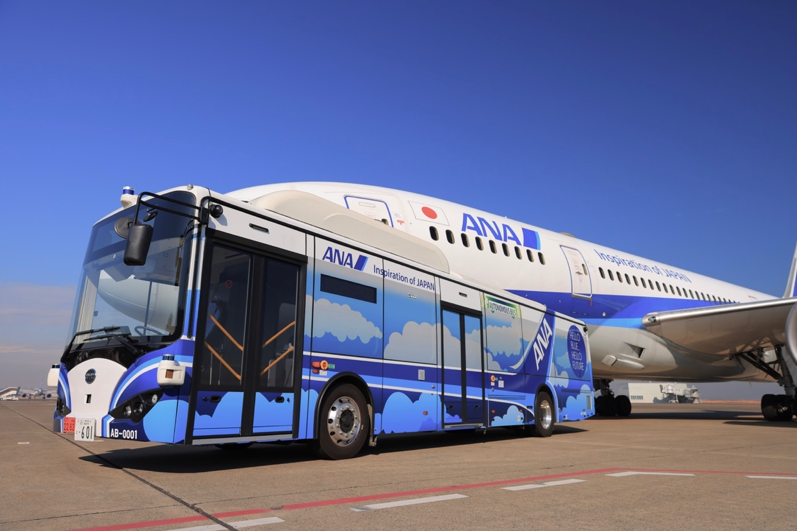 Tokyo, Japan – On February 12, partners with Japan’s largest airline All Nippon Airways (ANA), BYD has completed a 10-day trial operation of an autonomous driving bus at Tokyo Haneda Airport. The bus is BYD’s first autonomous driving bus tested and used in actual scenarios globally and marks a bold attempt by ANA to envision a “Simple & Smart” airport. With this bus, the Haneda Airport will become the country’s first international airport to conduct the pilot operation for an autonomous bus.

Jointly carried out by ANA, BYD, BOLDLY, and Advanced Smart Mobility, the project has been conducted three rounds of tests from 2018 to 2020. ANA plans to put the bus into trial operation in 2021 and implement the autonomous driving bus into a daily operation to fully achieve its goal to build a “Simple & Smart” airport by 2025.

“At ANA, we are constantly looking for ways to harness the latest technology to enhance operations and efficiency,” said Masaki Yokai, Senior Vice President of ANA. “In addition to marking a significant step forward for airports, fully electric autonomous buses will result in fewer emissions and decreased carbon footprints at airports. We are optimistic that these trials will give us the information we need to continue improving these technologies and will allow ANA to maintain its leadership in autonomous innovation.”

Liu Xueliang, General Manager of BYD Asia-Pacific Auto Sales Division, said: “BYD is very honored to join hands with ANA to carry out this comprehensive autonomous driving test trial at the Haneda Airport. I firmly believe that this four-party cooperation will set an excellent example for a smart and environmentally friendly airport of Japan to give people a smarter, safer, and cleaner travel experience in the future.”

With remarkable environmental benefits and reliable products, BYD has gradually gained trust and recognition in Japan. Started from Kyoto, BYD buses have successively entered many places in Japan, such as Okinawa, Fukushima, Iwate, Yamanashi, Tokyo, and Nagasaki. Nowadays, BYD provides smart and green environmental protection solutions to more and more countries and regions with its high-quality new energy vehicles.

BYD Company Ltd. is one of China’s largest privately-owned enterprises. Since its inception in 1995, the company quickly developed solid expertise in rechargeable batteries and became a relentless advocate of sustainable development, successfully expanding its renewable energy solutions globally with operations in over 50 countries and regions. Its creation of a Zero Emissions Energy Ecosystem – comprising affordable solar power generation, reliable energy storage, and cutting-edge electrified transportation – has made it an industry leader in the energy and transportation sectors. BYD is listed on the Hong Kong and Shenzhen Stock Exchanges. More information on the company can be found at www.byd.com.