This first-generation vehicle is operable for 50 miles and has 195 kWh battery capacity. Using this truck saves approximately 6,000 gallons of diesel per year and reduces emissions by about 78 metric tons of carbon dioxide equivalents per year. With a 40-kW charger, the truck takes about 5 hours to charge. 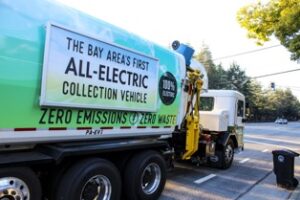 In January of 2019, the GWPA contract with the City of Palo Alto was extended by City Council, which incorporated the purchase of additional electric vehicles. In an exciting new development, GWPA signed a contract with BYD on May 1, 2019, to order three additional electric chassis. The new trucks will be used for an expanded residential Clean Up program, commercial bin wash service, and for cart deliveries.

Within the next couple of years, GWPA plans to run its entire residential garbage fleet with electric vehicles. Looking forward, the goal is to have enough onboard battery capacity to completely meet GWPA’s operating requirements using 100% electric vehicles, at which point the entire GreenWaste of Palo Alto fleet could potentially be replaced with all-electric trucks.

“BYD is proud to work with environmental leaders like GreenWaste of Palo Alto and the City of Palo Alto,” stated John Gerra, Director of Business Development at BYD. “They’ve helped us design and build the most reliable electric refuse truck in the world. We’re excited to continue our work together toward a fleet of 100% electric trucks.”

At the forefront of innovation and proactive sustainability, GWPA and its family of companies develops this type of public-private partnership to push the limits of what is expected by delivering what is important to each community. The electric refuse truck in Palo Alto is evidence of the success of such partnerships.

Those that are not attending Waste Expo 2019, where the truck will be showcased, can still experience the vehicle by viewing this video recently released by GreenWaste of Palo Alto.

About City of Palo Alto’s Sustainability and Zero Waste
The City of Palo Alto has a goal to reduce its greenhouse gas emissions by 80% and to divert 95% of waste generated from landfills by the year 2030. As part of the City’s Sustainability and Climate Action Plan the City aims to minimize energy consumption and pollution from City operations through the expanded use of electric vehicles in the City fleet and in the City’s contracted waste collection services.  For more information about Palo Alto’s sustainability programs, go to: www.cityofpaloalto.org/services/sustainability/default.asp

About BYD
BYD is the world’s largest manufacturer of electric vehicles and the global leader in battery-electric trucks with nearly 10,000 electric trucks in service across North America, South America, Asia and Europe. BYD is a publicly traded company with 60% of its stock owned by North American investors. Berkshire Hathaway is BYD’s largest institutional shareholder. 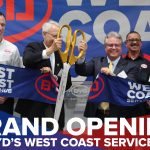 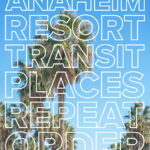