(Build Your Dreams) announced the completion of its latest U.S. investment, a new $5 million 100,000-square-foot warehouse for its Lancaster manufacturing plant.  This is the firm’s fourth expansion of its current manufacturing campus in Los Angeles County, bringing its total investment in Lancaster facilities to more than $53 million.

“BYD’s latest investment to boost efficiency and production, in order to meet increasingly high demand for its vehicles, is just one example of what the company has done and continues to do for our local, regional and national economies,” said City of Lancaster Mayor R. Rex Parris.  “BYD’s strong sense of corporate citizenship and continued investment has resulted in a better quality of life for those living in Lancaster as well as the surrounding areas.”

“We have the capacity to produce up to 1,500 battery-electric buses a year, which will go a long way toward creating a cleaner climate and a quieter, more efficient way to travel,” said Bobby Hill, Vice President of BYD North America, Coach and Bus.  BYD has delivered more than 270 buses in North America with an additional 80+ buses in current production, and 300 bus orders with options that could double that number.

Since it first opened in 2013, the Lancaster manufacturing plant has grown from 106,000-square-feet and a workforce of a few dozen to a facility that now covers more than a half million square feet and employs more than 820 workers. The firm is the only electric vehicle manufacturer in the U.S. to have an all-union workforce, and an exceptionally diverse team of employees.

The warehouse may be the latest expansion but BYD North America has much more in the works. The company has invested in the purchase of an additional 150 acres of land near its Lancaster manufacturing plant; and is planning service/maintenance centers across the U.S.

BYD has invested more than $250 million in the region to date, including some $53 million in the Lancaster facilities to date. The firm’s battery-electric, zero-emission buses not only meet but also exceed all current and future stated FTA “Buy America” requirements, incorporating 70%+ U.S. content. BYD is projected to spend over $50 million this year with U.S. vendors

BYD is committed to hiring locally and from communities that are typically underrepresented in manufacturing including second chance employees, veterans, women, and people of color, with a current diverse workforce of 85% minorities.

“Helping to bring back manufacturing to the U.S., we are proud of our BYD North America team, working every day to produce quality electric transportation that will provide a cleaner environment around the nation,” said Stella Li, President of BYD. “Our model proves that going green can be good for the economy, good for workers and good for America.”

The Official Sponsor of Mother Nature™, BYD is the world’s largest manufacturer of electric vehicles and batteries, and the global leader in battery-electric buses with more than 35,000 buses in service across 200 cities, 50 countries and six continents.  The firm has delivered more than 270 buses in North America; and sold and/or leased in excess of 600 buses in total to more than 50 municipal, transit agency, university, airport, federal and other commercial and private sector clients in 14 states, and across 4 provinces in Canada.  BYD is also an industry leader in several other high-tech sectors, including high-efficiency automobiles, medium- and heavy-duty trucks, electric forklifts, SkyRail (monorail), energy storage and solar power generation. Pioneering zero-emission technology, the international firm is helping to revolutionize transportation and leave a cleaner environment. BYD’s stock is publicly traded and Berkshire Hathaway based in Nebraska is the largest public shareholder.  For more information, please visit www.BYD.com 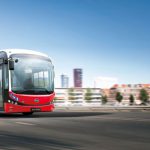 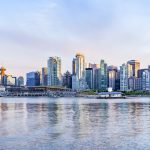