Long Beach Transit’s Board of Directors voted to increase the number of BYD buses in its innovative fleet from 10 to 24. LBT purchased its first BYD buses in 2015.

“We have a great deal of admiration for Long Beach Transit’s decision to bring innovative BYD zero-emission bus technology to their community,” said BYD North America President Stella Li. “California is the largest economy on planet Earth that has committed itself to 100% clean energy, and Long Beach Transit is helping to lead the way.”

BYD is America’s first battery-electric bus manufacturer that has both a unionized workforce and a Community Benefits Agreement, which sets goals for hiring veterans, single parents, second chance citizens, and others facing hurdles in obtaining manufacturing employment.

Long Beach Transit is one of more than a dozen customers who have shown their confidence in BYD’s product performance and service by placing additional orders for BYD American-built transit buses. Earlier this year, the Los Angeles Department of Transportation added to its initial purchase by ordering 130 K7Ms. Another repeat customer is Anaheim Resort Transportation, which added to its 2015 purchase by ordering 40 more buses from BYD.

With this purchase, BYD has now sold more than 470 electric buses to customers in Southern California including airports, universities, private operators, and transit agencies. 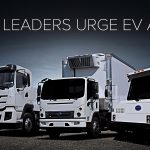 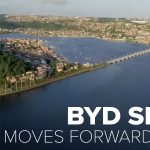