In 2016, L.A. County voters passed Measure M with more than 70% in favor. It created what may be the nation’s largest rapid transit expansion program.  Included within the program is a rapid transit link from the San Fernando Valley to the Westside of Los Angeles and south to LAX, along the Sepulveda Pass Corridor on the 405 Freeway.

Using BYD’s advanced, fully autonomous SkyRail™ technology, a state-of-the-art elevated monorail system from the Valley to LAX can be built in about four years (after all the environmental permits, studies and clearances are completed). It can be built with available Measure M funds and in compliance with seismic design standards and specifications already in place.

If any company can do it, BYD can.  To pursue this bellwether project, BYD has teamed with several of the nation’s, and the world’s, leading design, construction, project management, and operations and maintenance companies to form the LA SkyRail Express Team.

Over my 45-year career in the planning, design, and construction of rapid transit systems here and abroad, I have never seen a company that matches the depth and breadth of advanced transit technology of BYD – and certainly none with the financial and research and development resources needed to maintain its leadership position for decades to come. On April 27, following an international competition, São Paulo Metro in São Paulo, Brazil and BYD signed a contract for BYD to provide its advanced, automated SkyRail™ monorail solution for the 11-mile-long Gold Line, which will connect with existing São Paulo Metro Lines. When complete, this project will help connect one of São Paulo’s important business districts with the local airport and other central areas of the city including the University of São Paulo and the city’s densely populated eastern area.

This SkyRail™ system in São Paulo includes vehicles and systems similar to what the company is proposing here in Los Angeles and for several other cities in the United States. I believe this helps solidify BYD’s position as the global leader in advanced, urban monorail technology. Systems like it are already operational or under construction in five cities in China as well as Salvador, Brazil.

The result in Los Angeles would be a high-capacity, high-speed rapid transit line that can move nearly 19,000 persons in both directions each hour – the equivalent of up to eight freeway lanes in each direction – at speeds up to 75 mph, which is more than triple the peak capacity of each of the light rail lines operating in the County today.

Not only a leading advanced transit system technology provider, BYD also is, and has been for many years, a highly responsible corporate citizen, both here and around the world.  As an example, BYD works closely with the famous English architect, Lord Norman Foster, by supporting the Norman Foster Foundation’s global initiative on transportation and the environment.  BYD’s support kicked off with our participation in the Foundation’s August 2018 workshop in Madrid, Spain, where I had the unique opportunity to participate as a faculty member in a week-long seminar on Urban Mobility with young professionals and graduate students selected competitively from around the world by the Foundation.

For nearly three years I have been very fortunate to serve as Senior Strategic Advisor to BYD’s SkyRail and SkyShuttle team, based in the downtown Los Angeles North American Headquarters office.  In conjunction with our excellent consulting team of HDR, Gensler, and Innova, BYD completed a great deal of advance design and operational analysis work on the Sepulveda/405 Corridor – work that has confirmed the technical and financial viability of the SkyRail proposal.

Over that same period, supported by our local outreach consultant, Cerrell and Associates, we conducted countless briefings and workshops with key corridor stakeholders from both the private and public sectors.  This outreach program included several planning and concept design workshops with both UCLA (my alma mater!), and the Getty Center.

We have incorporated the excellent input we received from all of these briefings and workshops into the LA SkyRail Express Proposal – which if not further impacted by the Covid 19 crisis, is due to be submitted to the Los Angeles County Metropolitan Transportation Authority (“LA Metro”) next month.

Previously, Dr. Stone served as Chief Project Officer for the Los Angeles to Pasadena Metro Gold Line Construction Authority, responsible for the design and construction of the 13.7-mile light rail transit line linking Pasadena and Los Angeles, completed on-time and under the fixed budget using a combination of state and local funds.

His 45-year career covers the full spectrum of transit technologies and project funding and implementation approaches, including automated people movers, light rail, commuter rail, monorail, automated guideway transit, rail rapid transit, and high-speed rail. Dr. Stone received his BS and MS degrees in Engineering from UCLA, and his Ph.D. in Civil Engineering/Transportation (with an Urban Planning minor) from the University of Colorado.

He is a frequent author and presenter at major international transportation conferences.  For example, in September of 2018 he served as the Keynote Speaker for the International Monorail Association’s annual meeting in Berlin, Germany; and as a faculty member for the Norman Foster Foundation’s international seminar on Urban Mobility in Madrid, Spain. 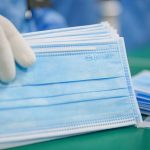