Los Angeles, Calif. (8/20/2019) – BYD (Build Your Dreams) made a successful debut at the Concours d’Elegance at Pebble Beach, California, showcasing its innovative battery electric Tang Luxury SUV and hosting a panel discussion on the future of urban transportation.

In addition, two of BYD’s Global Design Directors, Wolfgang Egger, leading the strategic growth and talent evolution of the company’s design arm, and Michele Jauch-Paganetti, leader of the interior design team, served as honorary judges at the event. Honorary judges at Concours d’Elegance determine winners of special awards. Egger was on the judging team for convertibles and Jaunch-Paganetti was on the team for closed cars.

BYD’s Tang was on display for four days, allowing visitors a rare opportunity to see and touch a vehicle that blends strength and elegance. The Tang attracted scores of visitors, including actor and comedian Adam Carolla.

“We were proud to show the artistry and craftsmanship of the Tang to an audience that truly appreciates fine automobile design,” said Stella Li, president of BYD North America. “The Tang is a symbol of BYD’s commitment to innovation, both in battery electric technology and in design.”

The Tang displays a variety of safety and convenience features, including adaptive cruise control, automatic emergency braking, lane departure warning, intelligent temperature control, and a pedestrian collision warning system. It has an intelligent, rotatable pad to access your favorite apps.

The Tang reflects BYD’s mantra of “Design with Passion.” With its newly opened Global Design Center at its headquarters in Shenzhen, China, BYD is boldly accelerating the exploration and establishment of design theory and philosophy in the era of electrified and intelligent mobility.

BYD also used Concours d’Elegance to bring together experts in transportation strategy, auto design and architecture to discuss how to blend technology and architecture to create smart, sustainable transportation systems. The panel looked at what is available now – and what is coming in the future – in terms of battery-electric cars, autonomous vehicles and automated straddle rail systems like SkyRail.

The panel also showcased BYD’s commitment to elevating the state-of-the-art in design of vehicles that utilize green technology.

BYD, the world’s largest manufacturer of plug-in electric vehicles and battery-electric buses, operates a coach and bus manufacturing facility in Lancaster, California, where it employs 750 members of the SMART labor union. The company has a unique community benefits agreement in place that has resulted in well-paying jobs for a workforce that includes single parents, veterans and men and women seeking a second change. The company recently entered into a pre-apprenticeship program with Antelope Valley College, where it will help train the next generation of skilled workers in Northern Los Angeles County. 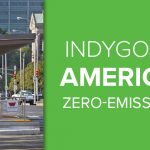