BYD (Build Your Dreams) announced the delivery of its first two zero-emission, battery-electric buses to the Toronto Transit Commission (TTC), the largest transit operator in Canada and the third largest transit operator in North America. The bus is part of a total order by the TTC for 10 BYD 40-foot K9M buses, all of which are scheduled to be delivered in coming days. 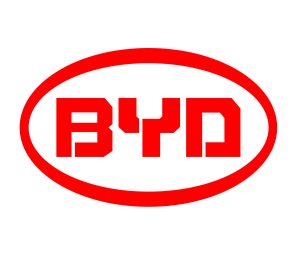 The delivery is a milestone for BYD, as the vehicles are the first to undergo final assembly by BYD at its 45,000-square-foot facility in Newmarket, Ontario that is the first new electric bus plant to open in the province in a generation. BYD’s investment in its Newmarket plant demonstrates BYD’s commitment to bringing bus manufacturing jobs back to Ontario.

The order represents a significant advance toward TTC’s goal of purchasing all emission-free buses beginning in 2025 and completing a fleet conversion by 2040. Each of these new buses will remove approximately 9 Metric tons of nitrogen oxides, 159 kilograms of diesel particulate matter, and approximately 1,530 Metric tons of CO₂ from the atmosphere over the 12-year lifecycle of the vehicle.

“We are excited to put BYD’s first bus from our Newmarket facility into service in Toronto,” BYD President Stella Li said, “TTC’s commitment to the community is remarkable and we are glad to be partners in their efforts.”

“This is really the first step in what we hope will be a long-lasting relationship,” BYD Canada Vice President Ted Dowling said. “TTC’s commitment to the health and well-being of Toronto pairs well with our commitments to technology and innovation.”

The Toronto Transit Commission is one of several customers in Canada purchasing zero-emission, battery-electric BYD buses. 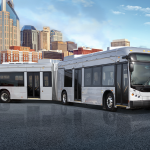