BYD’s K11M became the first battery electric transit bus of its size to complete the full 15,000-mile durability test in an impressive 106 days, setting the bar high for all other bus manufacturers. A report on the testing is pending.

“The K11M passing the durability testing is a great milestone for BYD,” said Bobby Hill, BYD Vice President, Coach & Bus. “We were the first in the industry to develop a 60-foot battery-electric bus and are proud to see it in use with transit agencies across the country.”

Once Altoona and the FTA finalize the report,transit agencies will be able to tap FTA funding to buy the K11M. A number of customers have already begun to acquire and use K11 buses, including the Antelope Valley Transit Authority, based in Lancaster, Calif., Los Angeles International Airport, and IndyGo in Indianapolis.

BYD offers the widest range of battery-electric bus and coach models in the United States, ranging from 23-foot motor coaches on up the 60-foot K11M.

When it comes to zero-emission transportation, BYD brings innovation and cutting-edge technologies to forward-thinking communities and private enterprises. The only pure electric vehicle manufacturer in the U.S. to have an all-union workforce and a pioneering Community Benefits Agreement, BYD’s Lancaster, Calif., team includes a growing number of women, veterans and second-chance employees.

The Official Sponsor of Mother Nature™, BYD, which stands for Build Your Dreams, is the world’s leading electric vehicle company with proven innovative technology for cars, buses, trucks, forklifts, and rail systems – like SkyRail. BYD is dedicated to creating a truly zero-emission ecosystem offering technology for solar electricity generation, energy storage to save that electricity, and battery electric vehicles powered by that clean energy. BYD has 220,000 employees across the globe, including nearly 1,000 in North America. 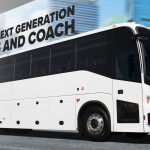 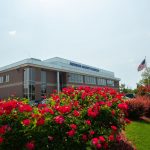