BYD (Build Your Dreams) on Monday filed a defamation complaint against VICE Media in the U.S. District Court for the Southern District of New York for a false and defamatory story VICE Media published on April 11, 2020, which severely defames BYD.

According to the complaint:

BYD is one of the world’s largest producers and suppliers of electric vehicles including electric cars, buses, trucks and forklifts as well as protective masks, and many other important and useful products. The company will supply the State of California with $1 billion worth of masks to protect its nurses, doctors, caregivers, first responders and others during and after the COVID-19 global pandemic.

BYD’s complaint alleges VICE Media published false statements about BYD knowing that they were not supported by any reliable source. VICE Media made these statements for the purpose of causing tremendous reputational and economic harm to BYD, and to financially enrich VICE Media by driving traffic to its website through its reporting of an alleged scandal.

“The only scandal is VICE Media’s knowingly false reporting, which has misled its readers and the public worldwide, and foreseeably caused tremendous harm to BYD,” the lawsuit alleges.

LINK TO THE COMPLAINT: www.HarderLLP.com/BYDcomplaint 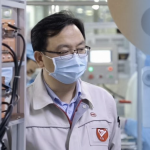 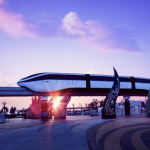